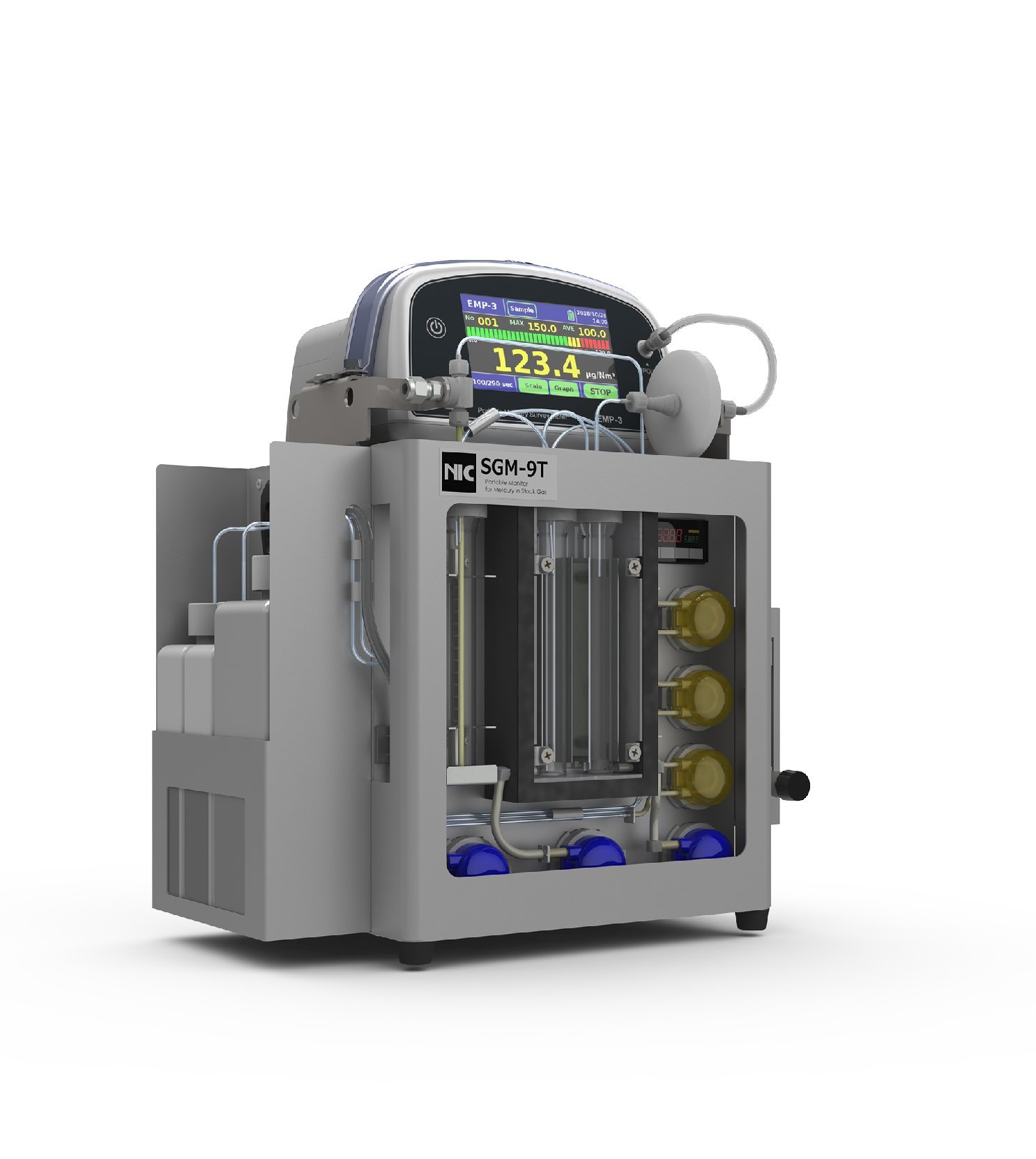 SGM-9 is a Field Portable Mercury Monitor that is designed for on-site stack gas measurement of total gaseous mercury and its species.

SGM-9 is light-weight and compact. Its design is suitable to access and use in constraint workspace or any elevated workspace as it does not require a large installation space and comprehensive utility.
SGM-9 adopts a simple probe design with universal C-type-clamps – Suitable and compatible with most size flange sampling points within the facility, making it quick and easy to mount, install and use. 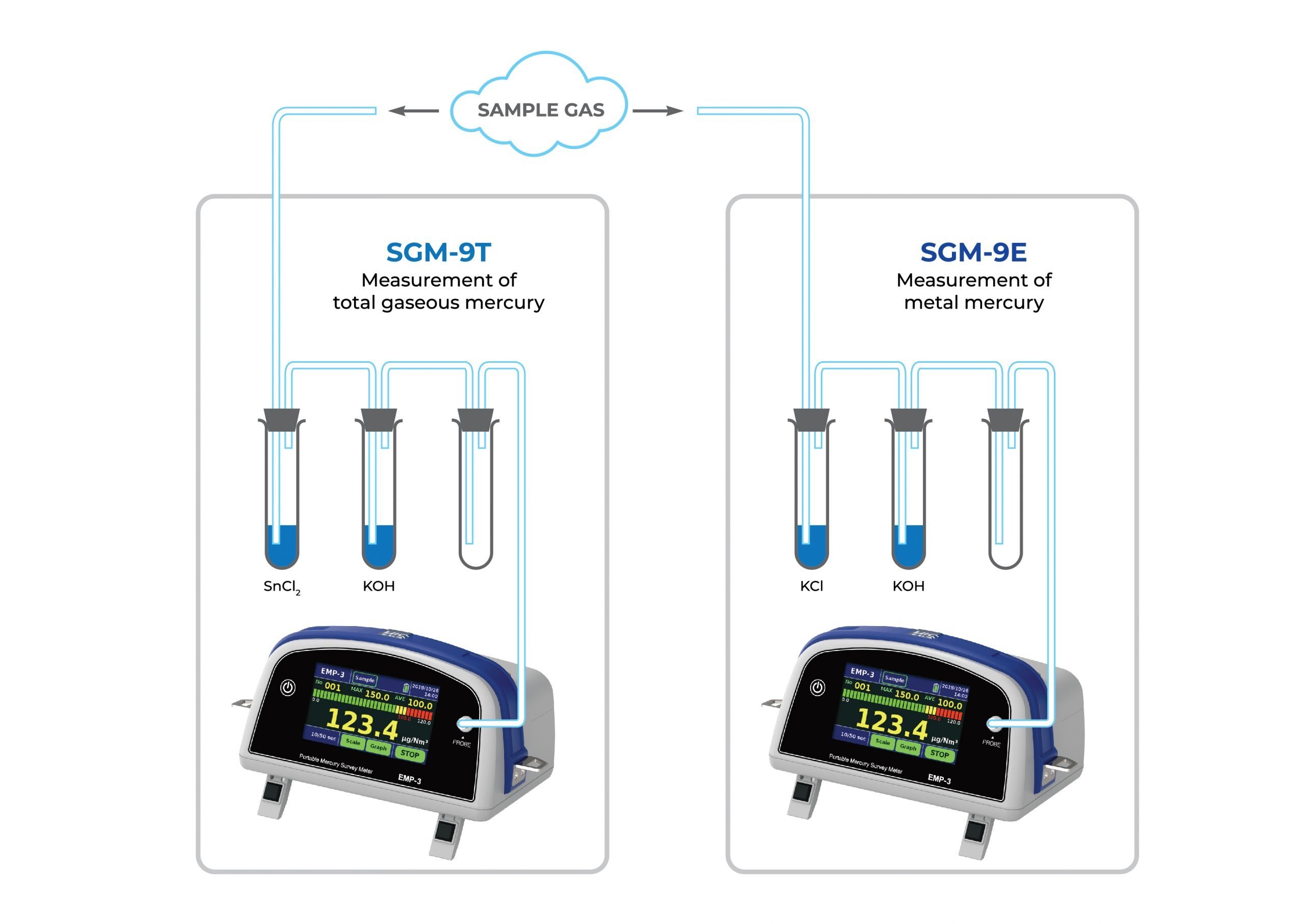 The types of mercury species present in stack gases typically depend on the kinds of materials or fossil fuels that are burned and the level of reactive gas (eg. HCl) available. To manage the mercury removal process effectively, efficiently, and economically, it is crucial to understand the levels of mercury species (elemental and ionic) that exist in the emitting gases to apply the correct Hg removal technologies.
Real-time mercury speciation (both elemental and ionic measurement) can be done by using 2 sets of SGM-9, from a single source of sample gas sharing into each SGM-9 with appropriate reagents.

SGM-9T is set for Total Gaseous Mercury (TGM) measurement, where it measures both Hg2+ and Hg0 from the emitted stack gas.

SGM-9E
is used for the measurement of Gaseous Elemental Mercury (GEM) Hg0 only.

By deducting the value of Hg0 from the value of TGM, Hg2+ (RGM - Reactive Gaseous Mercury) can be simultaneously obtained.

With the EMP-3 equipped with a built-in GPS function, every measurement done using SGM-9 will have a set of coordinates, indicating the exact location of where the measurement is being made.

SGM-9 employs a Smart Reagent Management system. By entering the on-site stack gas parameters such as humidity and temperature, SGM-9 can estimate the optimum reagents’ activity, automating the time and replacement frequency productively, maximizing the use of reagents activity, reducing consumption and waste generation.

SGM-9 is equipped with the 3rd generation EMP-3 detector with an extended measuring range of up to 2000 µg/Nm3. Such a wide detection range enables users to cover a broad range of applications, responding quickly to pressing situations.

With the introduction of the Minamata Treaty in 2017 (Click for more information about the Minamata Convention Treaty), mercury monitoring worldwide has become increasingly significant as stationary emission is one of the major contributing factors towards the alarming level of mercury in the ambient air.

Mercury emitted into the atmosphere will eventually settle into water bodies which are embedded into our ecosystem. Thus, monitoring stack gas emissions is one criterion to ensure the emitted mercury is below the permissible level.

Turnaround time from sampling to result reporting may take up to a few days or weeks. On the other hand, SGM-9 is capable of obtaining the measurement on the same day at the site, allowing the operator to take proper actions immediately.

SGM-9 incorporates EMP-3 as its detector. Although EMP-3 is field-portable, there is no compromise on its measurement technology and accuracy for its portability. It is equipped with a non-dispersive double-beam cold vapor atomic absorption spectrometry (CVAAS) detector for mercury measurement. All gaseous elemental mercury (GEM) that is drawn into EMP-3 is measured by the absorbance at wavelength 253.7 nm.

How does It Work?

SGM-9 consists of two main components, the EMP-3 (Mercury detector) and WLE-9 (Gas Pretreatment Unit). The Sampling Probe with a Dust Filter installed at the chimney sampling point. A stream of dust-free stack gas is drawn through a Heated Transfer Line into the WLE-9.

In WLE-9, there are 3 gas scrubbers

For SGM-9T: Hg2+ is readily reduced by reductant SnCl2 to Hg0 to continue to 2nd Scrubber.

For SGM-9E: Hg2+ is dissolved and removed in KCl, leaving only Hg0 to continue to 2nd Scrubber.

All interferences such as acidic gases (SOx and NOx) are removed by KOH.

After removing interference gases, moisture is dehumidified in the 3rd scrubber by an electronic cooling unit. 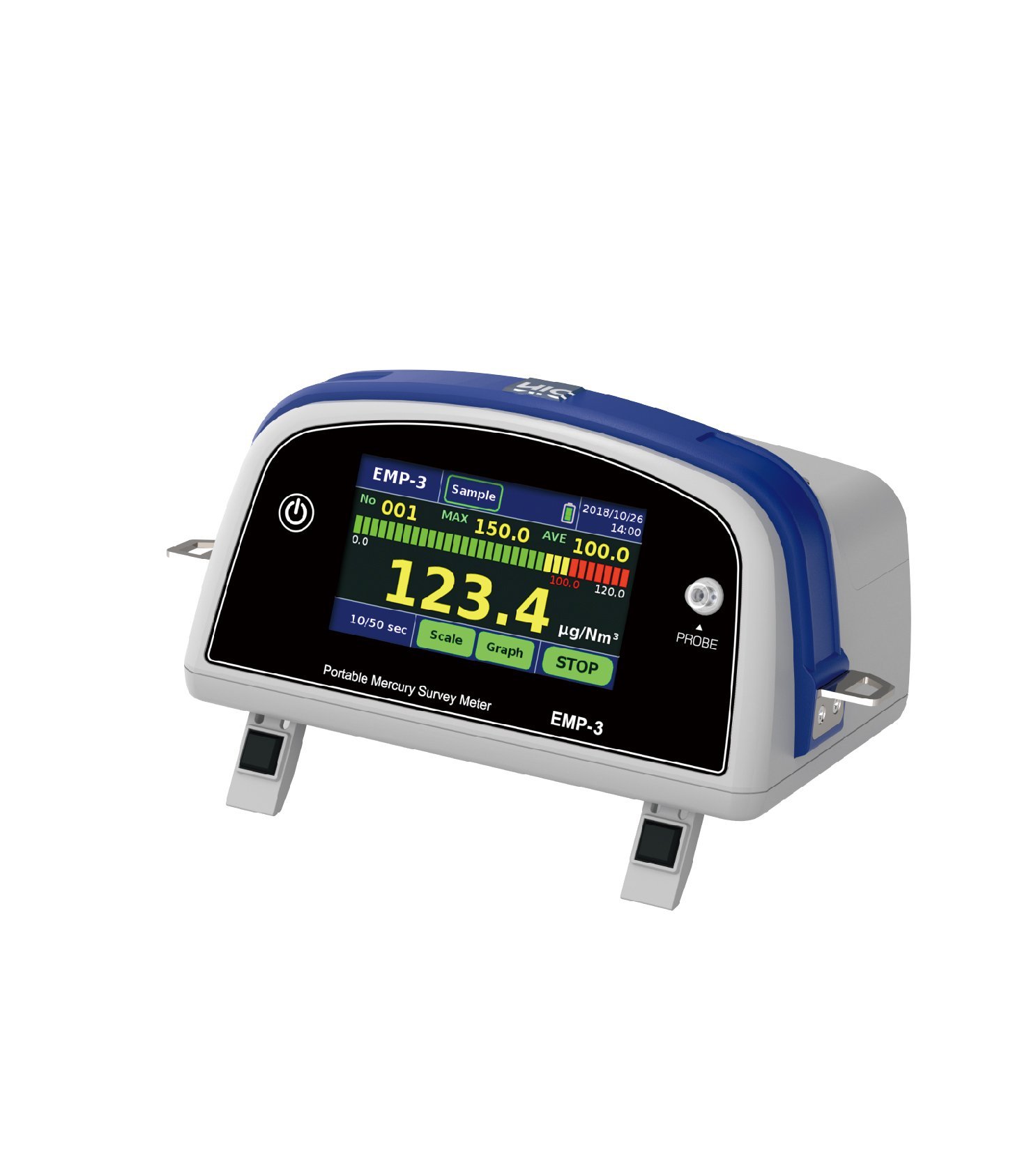 have any questions? let's connect

In full compliance with UOP-98-20, PE Series can fulfill all analysis requirements of liquid hydrocarbon samples.

View Series
Back to Top